You can blame your naggy mom, a crappy soap bar, and school or work stress for your acne. But ultimately, you should blame yourself. While it's true that your skin type (oily vs. dry vs. sensitive) and how your skin reacts to stress play a big part in blemishes, there is a nurture component to this argument.

I can preach to you for hours on end on how organic beauty products are the bomb diggity, but what good will it do if you're not starting your journey to green beauty by eating green foods? It's like saying you're going to write a novel without an outline - yeah, you may end up with a few good parts here and there, but for the most part it'll be messy, substandard, and in your face's case, greasy.

Until recently, I had really bad skin. As far as socially debilitating genes go, it ranked right up there with my alcoholism and old-bag-lady-at-Sunday-Bingo narcolepsy.

I'm talking about a complexion so acne-philic that just when a pimple would start to clear up, two more would come to its funeral. The kind that necessitated the highest legal concentrations of salicylic acid, glycolic acid, and benzoyl peroxide, and required constant re-basting with the stuff every few hours—like a Thanksgiving turkey—just to keep it temporarily dormant.

What I didn't know then is that these chemicals, touted as the golden standard for extinguishing festering facial Mt. Vesuviuses, don't do jack without good nutrition.

You see gals, when you eat foods with a high glycemic index—meaning they cause your blood sugar to spike quickly—your body brings the extra blood sugar down with a surge of insulin. The increase in insulin causes oil-producing androgen levels to rise, creating pimples.

And that was my problem. Although I was meticulously taking care of my face, I was in college, and food was about convenience.

It was a menial fuel that allowed me to get through my Shakespeare course without conking out and pulling a Hamlet on my essay.

So even as I was throwing down wads of Ben Franklins on visits with top dermatologists, I was engulfing extra-large Frosties, double doubles animal style, and anything triple-frosted or triple-fried at the check-out stand I could grab before darting off to class.

I tried every combination of cream, gel, and serum known to Western medicine—plus a few Eastern extracts of eel and shark's fin that are best left on a sashimi menu for the inquisitive gastronome—but nothing worked. Until I started eating right.

When I graduated, my face cleared up within a month. This was curiously right around the same time when I no longer counted Caramel Apple Pops as a serving of fruit, or thought of beef as simply a fun medium for whittling edible figurines.

Today I have more energy—and fewer pimples—than I've ever had in my entire life.

And now I'm sharing my IChing of happy skin with you.

The following superfoods will revolutionize the way you look in the mirror, putting childhood taunts and singed out yearbook photos to shame as your haloed complexion dapples the dark alleyways of spurious skin savants. 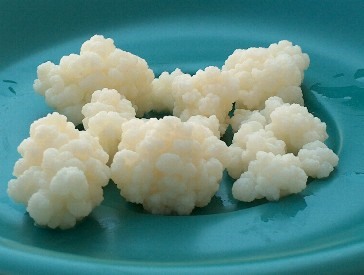 1. Kefir
This Persian gem is one of the littlest known dairy drinks out there, which is sad because it does a kick-ass job of vigilantly defending your body's fortress from the Mons Meg bombards of your own bad food habits.

The probiotics in kefir aid digestion by cleansing the digestive tract. And when your insides are freshly polished and sealed with the Midas touch, your skin glows.

Kefir and its cousin, yogurt, also possess large amounts of vitamin A, which reduces keratin buildup (keratin is a skin protein that clogs pores when made in abundance) and sebum.

Note: If you completely effed up your metabolism like I did in college, the calcium in yogurt has been proven to speed up weight loss by hindering fat storage.

A study of obese people on a calorie-restricted diet showed that those who ate a six-ounce serving of yogurt daily lost sixty-one percent more fat overall than those who didn't eat yogurt. 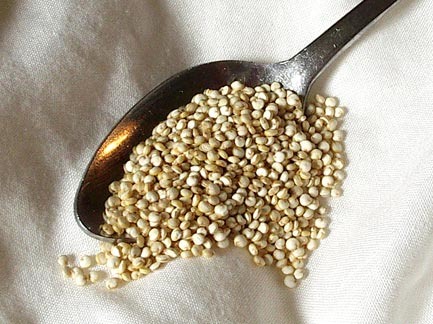 2. Quinoa
Is it just me, or do health food crazes tend to embrace unpronounceable foods that sound like something Zulu warriors would cry out as they plunge into battle? First there was açaí (ah-see) and now quinoa (keen-wa). Either way, these earth muffin faves are coddled for good reason—açaí is antioxidant-rich, while the selenium in quinoa strengthens skin's defenses against the sun.

As a whole grain, quinoa also scores major antioxidant points with B-complex vitamins that decrease skin discoloration (a plus for those with post-acne scarring) and hydrate hair. 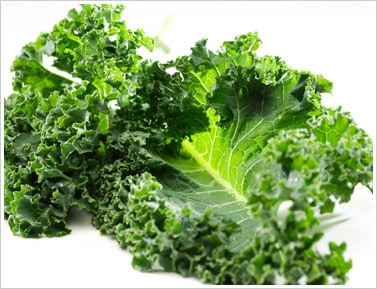 3. Kale
Tastier than broccoli and healthier than booze, kale is one vegetable that refuses to be beat. The leafy green taste explosion is anti-inflammatory and has nuclear levels of vitamin C, A, and K, which smite hyperpigmentation and wrinkles with the fist of a an angry skin god.

Kale is abundant in lutein, a nutrient that makes eyes whiter (hey, might as well go for the whole gorgeous package while you're at it, right?). 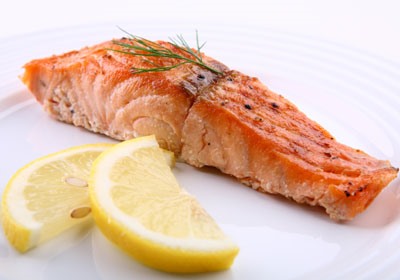 4. Wild Salmon
Acne-ridden sisters, meet your new BFF (sorry, other girlfriends). Salmon gets rid of pizza face and is one of the best sources of anti-inflammatory Omega-3s, which strengthen the skin's lipid membrane, ensuring moisture stays in and irritants stay out.

A six-ounce serving provides you with a staggering 36 grams of protein. And since high protein diets have been proven to eliminate acne more effectively than carb-heavy diets (yup, if you want clear skin you have to ditch the Ding Dongs), this is one food you can't OD on.

The Science: Gals with pimples have elevated levels of the enzyme 5-alpha-reductase, which converts testosterone (a producer of sebum and keratin) into a more potent form called dihydrotestosterone (DHT), an acne-producing powerhouse.

But by consuming lots of protein, you convert less testosterone to DHT. And less DHT = fewer pimples. 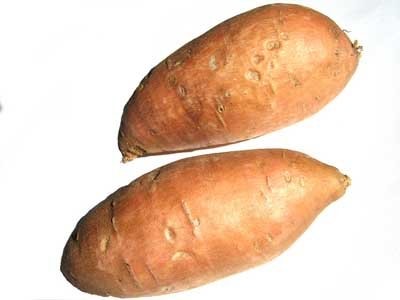 5. Sweet Potatoes
The Thanksgiving standby is yummy with marshmallows but an even better treat for your skin. Sweet potatoes are phenomenal sources of vitamin A, a nutrient better known by its skincare moniker, retinol.

Prescribed by master skin shamans as the panacea for acne and sagging profiles, retinol—a derivative of vitamin A—revs up cell renewal, molting sun-beaten leather to reveal a bright, scaleless new you.

However, skin only absorbs about 40-60% of what you put on it, so to wreak the full benefits of vitamin A, eat it.

*A piece of this article was first published on Examiner.com by moi.

Want to master Microsoft Excel and take your work-from-home job prospects to the next level? Jump-start your career with our Premium A-to-Z Microsoft Excel Training Bundle from the new Gadget Hacks Shop and get lifetime access to more than 40 hours of Basic to Advanced instruction on functions, formula, tools, and more.

Other worthwhile deals to check out:

Join the Next Reality AR Community

Get the latest in AR — delivered straight to your inbox.

Okay, bought sweet potatoes and kale this morning instead of pasta and romaine lettuce. Thanks for the pointers.

No problem! Do stay tuned - I'll be publishing part 2 on Monday.

And by the way, regular (white) potatoes are good too for eating in case you're not always in the mood for sweet potatoes (fries do rock), but they're higher on the glycemic index. They do however have a lot more essential minerals like potassium.

Linda, I just wanted to say thanks again. Switching from lettuce twice a day to Kale twice a day makes a difference. At least I think it does... always hard to know with so many variables in a lifestyle.

Yet another reason to cut down on refined sugar! I'm so glad that many of the foods on this list are things I already eat and enjoy - another excuse for more salmon!

Steven, that's wonderful that you switched to kale! Leafy greens calm down inflamed skin and help with skin conditions like acne, rosacea, and eczema (I would know since I have eczema, boo). And I'm pretty sure it's not just a placebo effect.

I've done a bit of nutritional research on lettuce vs. kale, and one cup of kale offers 354% of your daily vitamin A, versus 84% for romaine lettuce. So the kale's probably doing something good for you.

Also, if you want to combat rosacea, try berries - strawberries, cranberries, raspberries. They're vascular constrictors so they reduce redness.

Yeah I just started doing this and my acne is starting to diminish. I eat food such as mango which contains vitamin A, Almonds for the zinc, ans salmon for the omega. Its like magic

Rachel, that's great that you like salmon! I love fish but somehow have never found any salmon recipes that I've liked enough to make more than once. Got any ideas?

And Miguel, remember that the results from eating well take time. If you keep up a healthy diet it should take about a month before your skin begins clearing up.

Have you ever tried the egg white and organic honey facial? I really does work!!!

hey tanya will u plz let me knw hw to use egg n honey as a facial n how long to keep it on the face.. as everrytm i use honey i go dark n face many break outs.

I read your article and found it very interesting, you're so genuine. I've tried the Quinoa in a milk form by Freedom Foods and I've also invested in some Kale. My complexion has improved with some new, healthy items and exercise. Thank you for the suggestions, do you have any other foods that might help too?